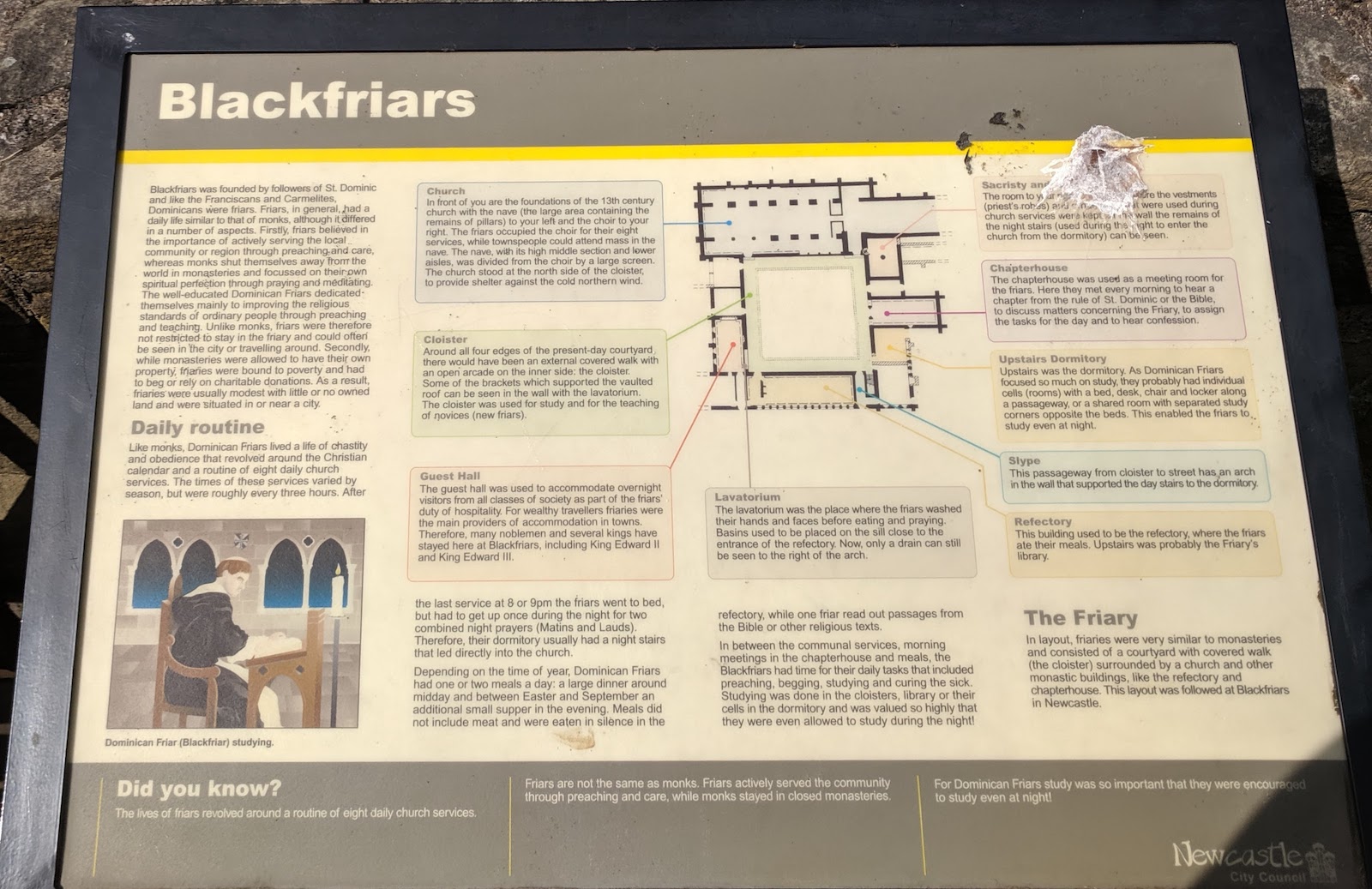 Blackfriars was founded by followers of St. Dominic and like the Franciscans and Carmelites, Dominicans were friars.  Friars in general, had a daily life similar to that of monks, although it differed in a number of aspects. Firstly Friars believed in actively supporting the local community or region through preaching and care, whereas monks shut themselves away from the world in monasteries and focused on their own spiritual perfection through praying and meditating.

The well educated Dominican Friars dedicated themselves mainly to improving the religious standards of ordinary people through preaching and teaching. Unlike monks, friars were therefore not restricted to stay in the friary and could often be seen in the city or travelling around. Secondly while monasteries were allowed to have their own property, friaries were bound to poverty and had to beg or rely on charitable donations. As a result friaries were usually modest with little or no owned land and were situated in or near a city.

Daily Routine
Like monks, Dominican Friars lived a life of chastity and obedience the revolved around the Christian calendar and a routine of eight daily church services. The times of these services varied by season but were roughly every three hours. After the last service at 8 or 9pm the friars went to bed, but had to get up once during the night for two combined night prayers (Matins and Lauds). Therefore, their dormitory usually had a night stairs that led directly in to the church.
Depending on the time of year, Dominican Friars had one or two meals a day; a large dinner around midday and between Easter and September an additional small supper in the evening. Meals did not include meat and were eaten in silence in the refectory, while one friar read out passages from the Bible or other religious texts.

In between the communal services, morning meetings in the chapterhouse and meals, the Blackfriars had time for their daily tasks that included preaching, begging, studying and curing the sick. Studying was done in the cloisters, library or their. cells in the dormitory and was valued so highly that they were even allowed to study during the night!

The Friary
In layout, friaries were very similar to monasteries and consisted of a courtyard with covered walk (the cloister) surrounded by the church and other monastic buildings, like the refectory and chapterhouse. This layout was followed at Blackfriars in Newcastle.