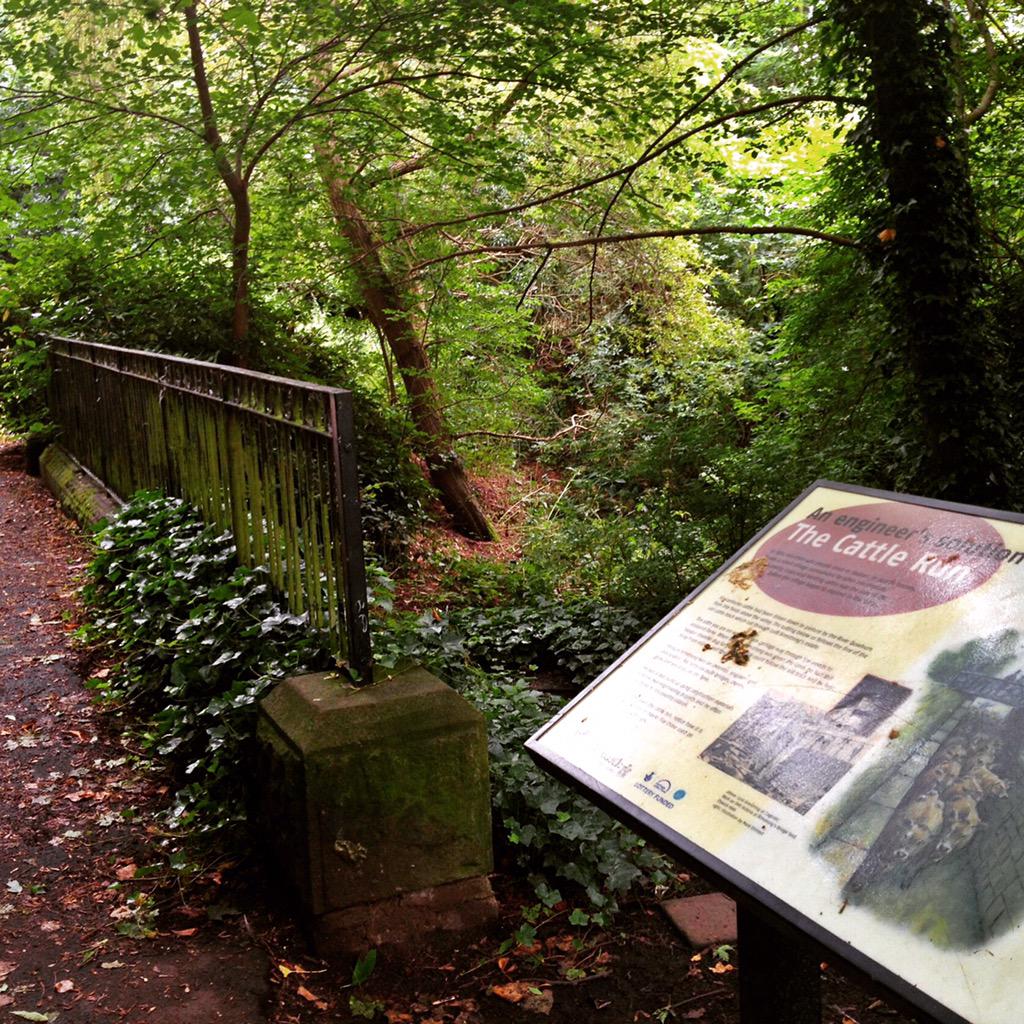 In 1870 less than 400 [people lived in Heaton, in just 76 houses, it was a small village surrounded by open country side growing crops and herding cattle was the way of life before the village began to expand in the 1880s.

For centuries cattle had been driven down to pasture by the River Ouseburn from the fields above the valley. The cutting below follows the line of the old cattle track which cut through Lord Armstrong’s Estate. The path you are on was the main carriageway through the woods to jesmond Dene.

When Lord Armstrong was given the land, he had this deeper channel dug so that cattle could follow the old track and be kept away from visitors. Willaim Armstrong was an inventor, engineer and industrialist. His factories built bridges, cranes, guns and warships on the Tyne.

He was a dab hand at using construction materials from his own engineering projects and he often used these on country estates. As you look down the cattle run notice how it is lined with sandstone blocks like those used on Victorian railway bridges.