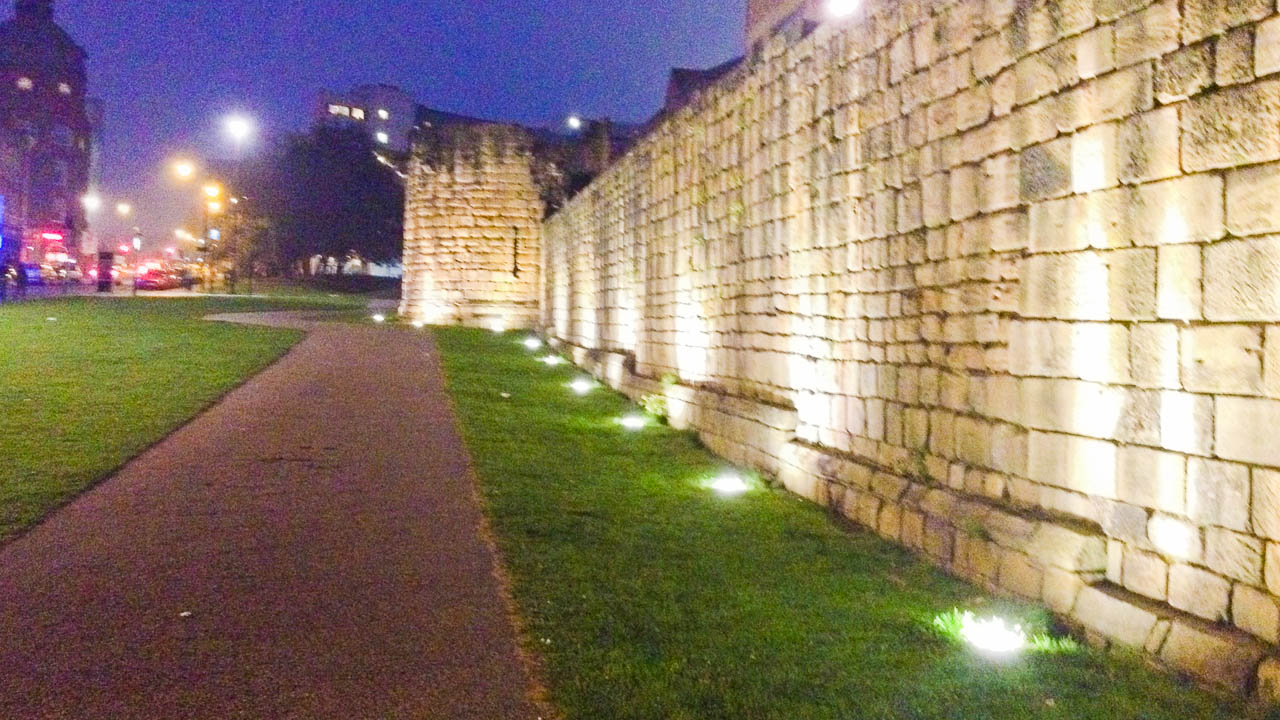 This is the best preserved section and most substantial remains of the Medieval Town Wall. Of the original wall towers, three can be seen from here. All have their original ground floor flat, paved roofs and battlemented parapets, apart from Morden Tower which has been changed significantly.

East of Mordern tower, the remains of Ever Tower still survive though it is not visible from here. From either side of the towers, ground floor chambers stairs led to the wall-walk. The wall-walk was just that, a walkway on top of the wall that provided excellent views over the defensive ditch and far beyond and allowed for patrolling of the perimeter of the town. Additional defence and shelter, for those patrolling the wall-walk was provided by the interval turrets, of which there were normally two between each tower.

From the early 17th century until relatively recent times, all the towers around the Town Wall were leased as meeting houses by the Corporation of Newcastle to the craft guilds. Craft guilds were fraternities of workers involved in a specific trade or craft that regulated standards for their craft and promoted equality in opportunity to sell.

Herber Tower: In the early to mid 17th century, Herber Tower was used as a meeting house by the Felt Makers, Curriers and Armourers and by the end of the 19th century it was a blacksmith’s shop.

Mordern Tower: Mordern Tower was used in the 17th and early 18th centuries as a meeting house for Glaziers, Plumbers, Pewterers and Painters. Inside used to be a gilded ball, suspended from the ceiling, which is said to have been fired from a cannon of the Scottish army during the 1644 siege. It is now used for readings by the world famous Mordern Tower Poets.

Durham Tower: Durham Tower is the best preserved and least altered of these towers. It does not seem to have belonged to a guild, but became a military lock-up and later a coal and wood store for the adjoining school.

Ever Tower: Ever Tower was occupied during the 17th and early 18th centuries by the Paviours, Colliers and Carriagemen and in the later 18th century, by an eccentric known as Hairy Nanny. Ever Tower was built by some of the ancient family of Eure or Ever, Lords of Kirkley near the River Blyth and Barons of Whitton in the county of Durham.