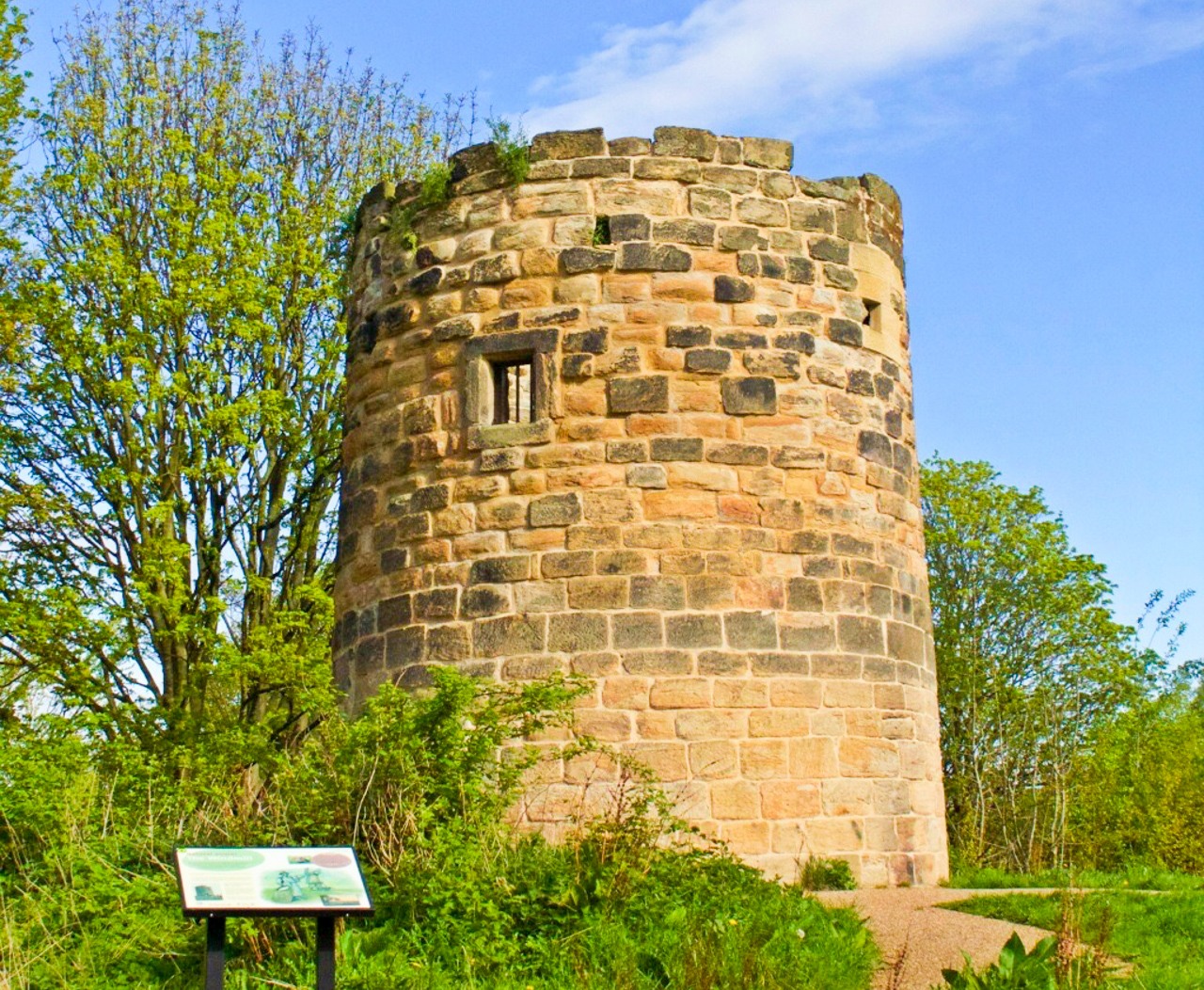 This old windmill was sited on the edge of the valley where its sails harnessed the power of the wind. The sails turned the grinding stones, which ground wheat into flour. There was plenty of wheat to be milled, provided by the farmers of Heaton. For centuries wind and water were used to power a variety of mills and they played an important role in the economy.

Windmills built from stone or brick and topped with a wooden cap for the sails, were once common on Tyneside Gradually windmills declined as bigger mills powered by steam engines appeared. By 1844 this mill was a ruin and the surrounding countryside was beginning to change. the farms disappeared to make way for more housing for shipyard and factory workers

In 1827 there were 49 windmills, 12 watermills and 18 steam mills in and around Newcastle.