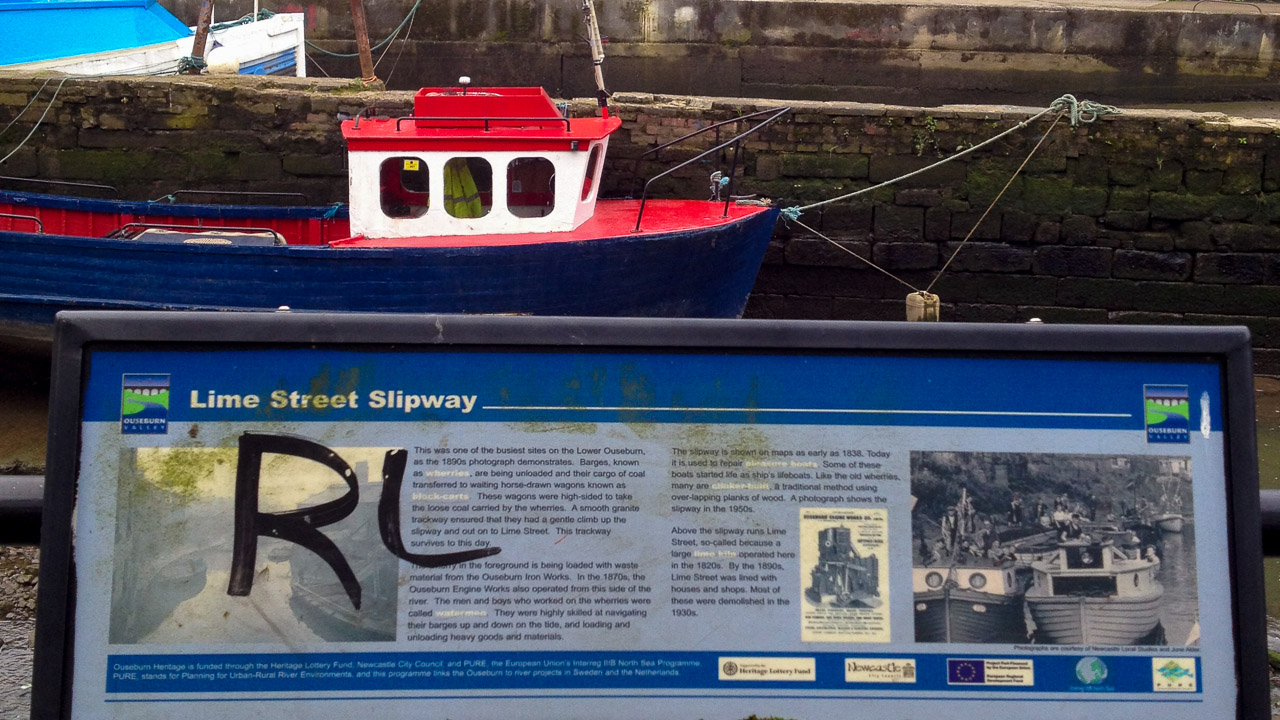 This is one of the busiest sites on the Lower Ouseburn, Barges, known as wherries, are being unloaded and their cargo of coal transferred to waiting horse-drawn wagons known as block-carts. These wagons are high sided to take the loose coal carried by the wherries.

A smooth granite trackway ensured that they had a gently climb up the slipway and out to Lime Street. This trackway survives to this day. The Wherry in the foreground is being loaded with waste material from the Ouseburn Iron Works.

In the 1870s the Ouseburn Engine Works also operated from this side of the river. The men and boys who worked on the wherries were called watermen. They were highly skilled at navigating their barges up and down on the tide, and loading and unloading heavy goods and materials.

The slipway is shown on maps as early as 1838. Today it is used to repair pleasure boats. Some of these boats started life as ship’s lifeboats. Like old wherries, many are clinker-built, a traditional method using over-lapping planks of wood. A photograph shows the slipway in the 1950s.