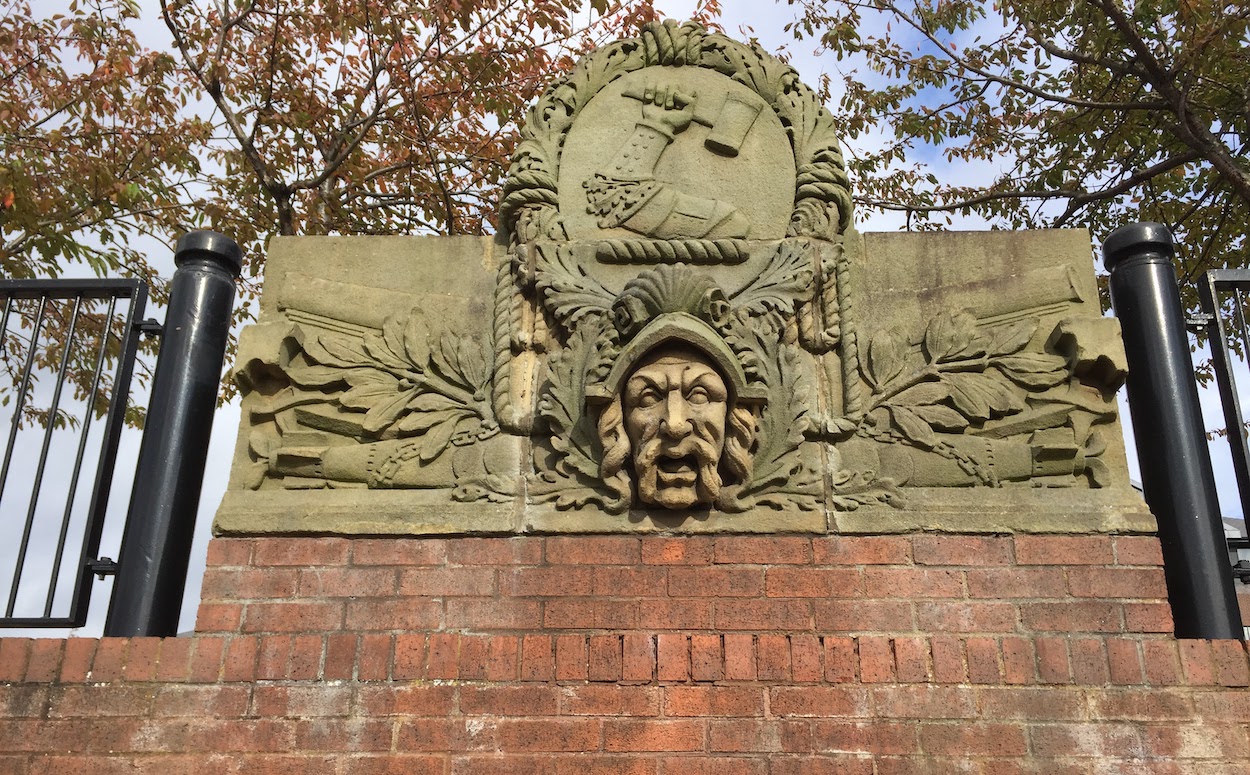 The Armstrong Gun, the Armstrong Gun,
What a wonderful thing is the Armstrong Gun,
Sir William’s invention astonisht them all,
Wi’ a bolt for a shot instead of a ball.
Nae spungin’ or rammin’ or servin’ the vent,
Such things are no needed to serve its intent,
n a neat little chamber breech end of the bore,
Place the powder and shot and away let it roar.
(From a poem by an Elswick employee of the 1850s)

William Armstrong’s interest in the production of armaments sprang from an incident in the Crimean War in 1855, when British field guns weighing over two tons each had to be slowly pulled by hand up the steep Heights of Inkermanamid a huge loss of life.

Many of the features of the field gun which Armstrong developed after this event had been considered previously, but it was the thoroughness and ingenuity of the man which brought them together to produce a lightweight, accurage field gun which revolutionalised the manufacture of armaments and the way in which wars were fought.