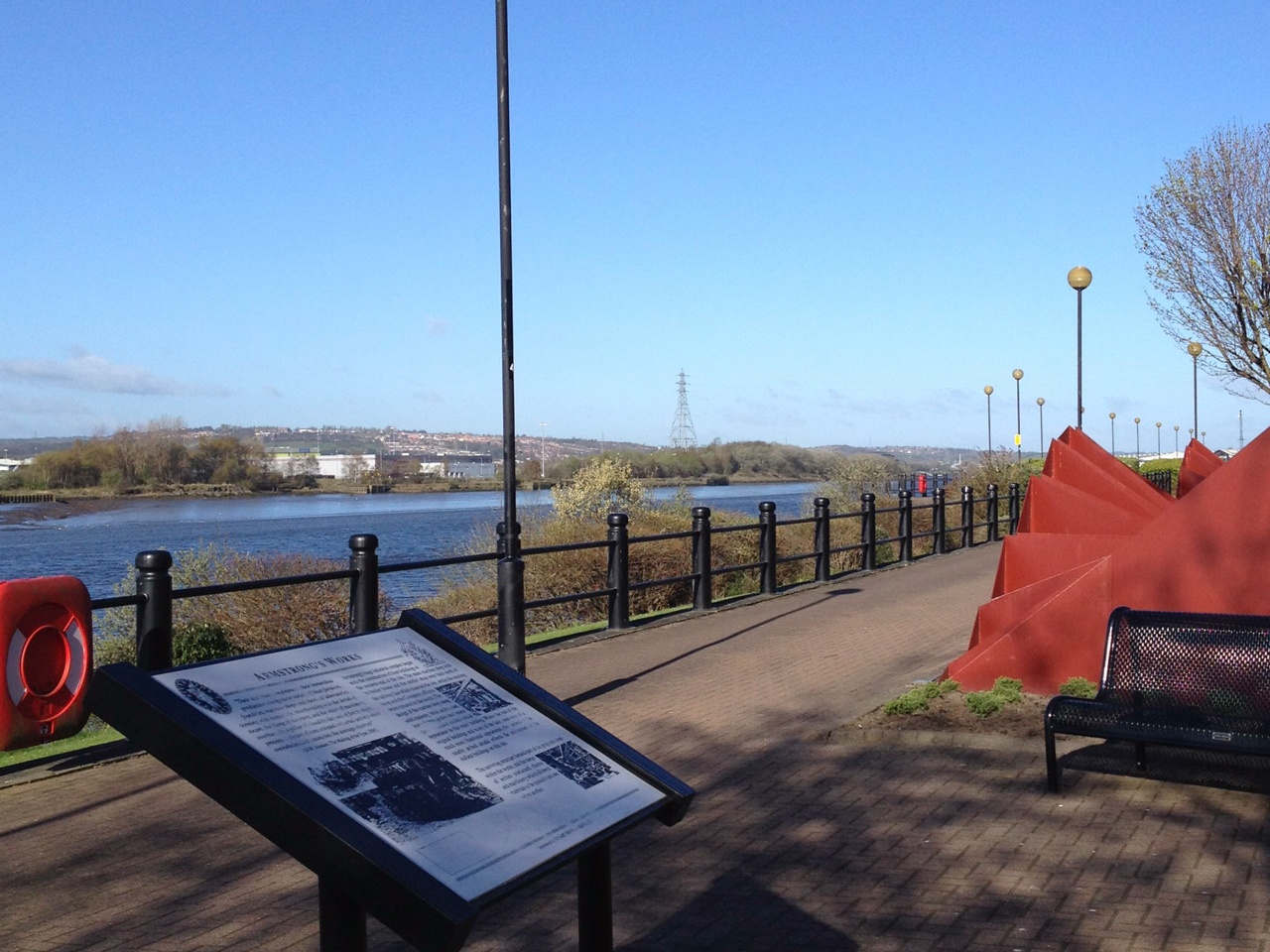 Their size, their completeness, their tremendous productive energy, their variety of blast furnaces, foundaries, machine shops and chemical laboratories, teeming with human life, reverberating with the shriek of steam, the clang of hammers, and the whirr of machinery, overhung by a pillar of cloud by day and of fire by night, presents a picture of concentrated economic activity which overwhelms and astonishes the average observer. R.W. Johnson, The Making of the Tyne,1895) Armstrong’s huge industrial complex began with the construction of four buildings at the western end of the site.

The main machine shop with its boiler house and the smiths’ shop were built north of the railway line which dissected the site, whilst the erecting shop and the Company offices were situated in the South. The design of the machine shop, using solid masonry, brick arches, cast iron columns, girders and beams gave an almost ecclesiastical appearance to this main building. Whilst the rest of the original buildings and many of the later ones were of a more functional appearance, the survival of the nearby arched arcade reflects the architecture of the earliest buildings of this site. The surviving structure formed part of the projectile shop within the works, and the range of arches contained chutes and machinery which allowed materials to be passed from one level to another.”