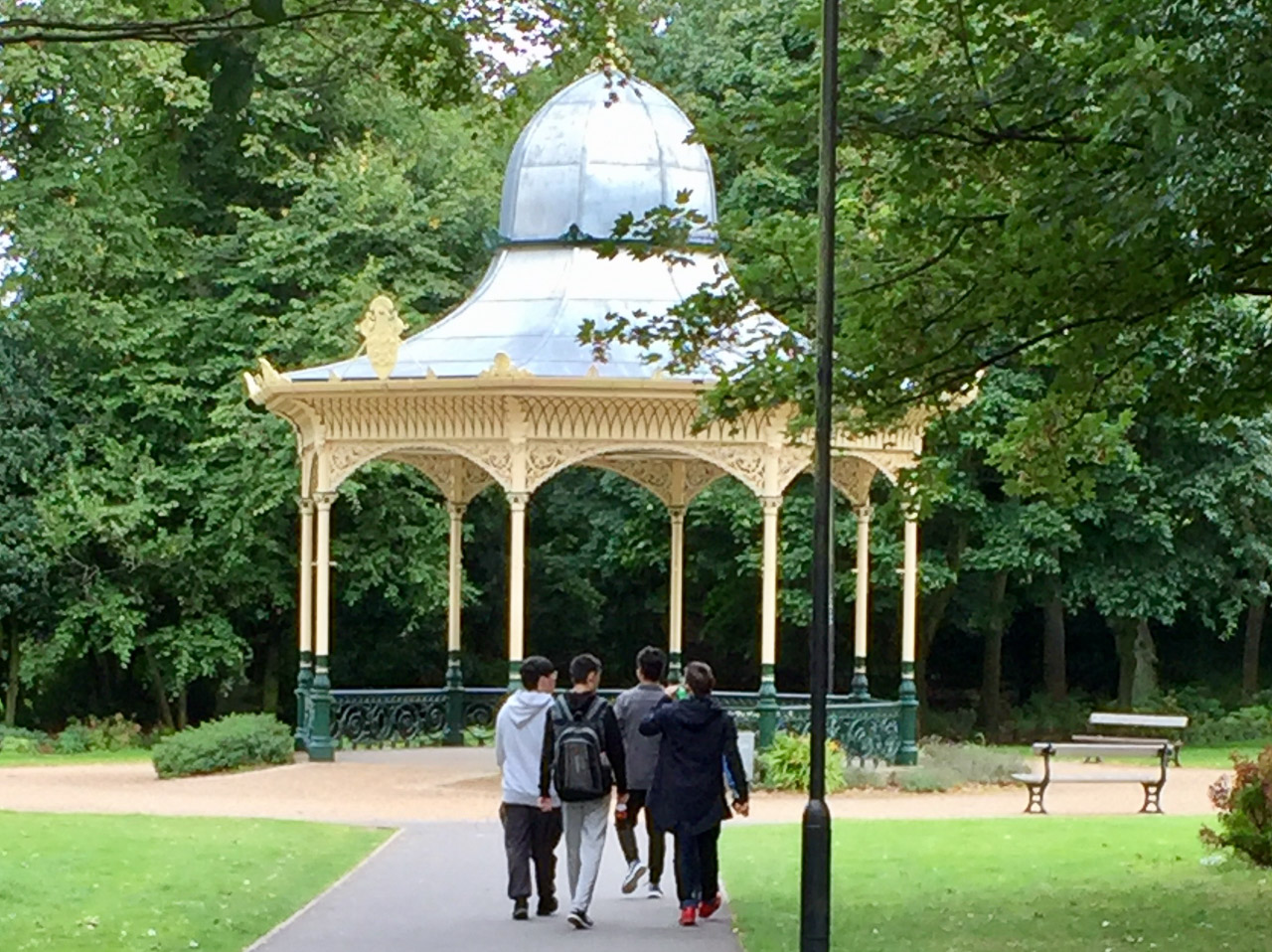 The Exhibition Park Bandstand (Grade 11) was built in 1875 by the MacFarlane Saracen Foundry of Glasgow as a local feature of the Bull Park. The design was unusual as it was bespoke rather than assembled from a kit of castings sold from a catalogue. Other bandstands from MacFarlane in the region can be seen at South Marine Park South Shields and the Sele at Hexham.

In 1929 the North East Coast Exhibition was held in the park with many new showcase buildings being built. The Palace of Arts still remains today.

Many bandstands declined after the war years, and from 1945many were demoished. There was a brief revival in the late 1960s with bands such as Pink Floyd, David Bowie and Fleetwood Mac playing bandstand events.

In 1997 the Heritage Lottery Fund began investing in the restoration of public parks and gardens triggering a revival of the bandstand. The Exhibition Park bandstand is a listed building and protected for future generations.

The bandstand was refurbished in 2014 as part of a Heritage Lottery Funded restoration project and even though the setting has been compromised by the addition of the motorway, it still provided a much loved focal point in the park.

At time of writing this bandstand panel is missing, though thankfully the bandstand itself is all present and correct.