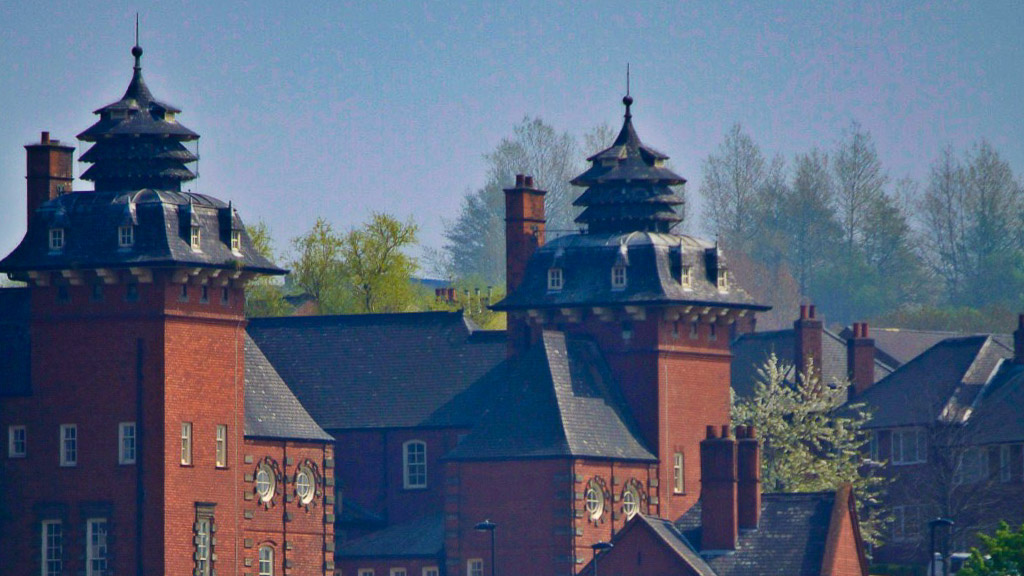 The Ouseburn flows for fourteen kilometres from its source near Callerton north-west of Newcastle to this point where it joins the River Tyne. William Grey, writing in 1649, describes ‘the Ewes Burn, over which is a wooden bridge, which goeth down to a place called Glasse Houses where plaine glasse for windowes are made’. The wooden bridge later replaced by one made of stone.

In the drawing can be seen this old bridge stood just in front of the Ship Tavern now the Tyne public house. In 1908 the stone bridge was replaced by an existing low-level bridge. The photograph opposite shows the old bridge being demolished and the larger Glasshouse Bridge, built in 1878.


The mouth of the Ouseburn was a mooring point for the barges, called wherries, that used the tidal action of the River Tyne to navigate up and down the Ouseburn. In the drawing, a waterman is pictured using a pole to steer a fully laden wherry on its journey out of the Ouseburn into the Tyne On the far side of the Ouseburn stood the River Police Station and the Dead House, where bodies found in the Tyne were laid out for identification. These buildings were demolished in 1906.