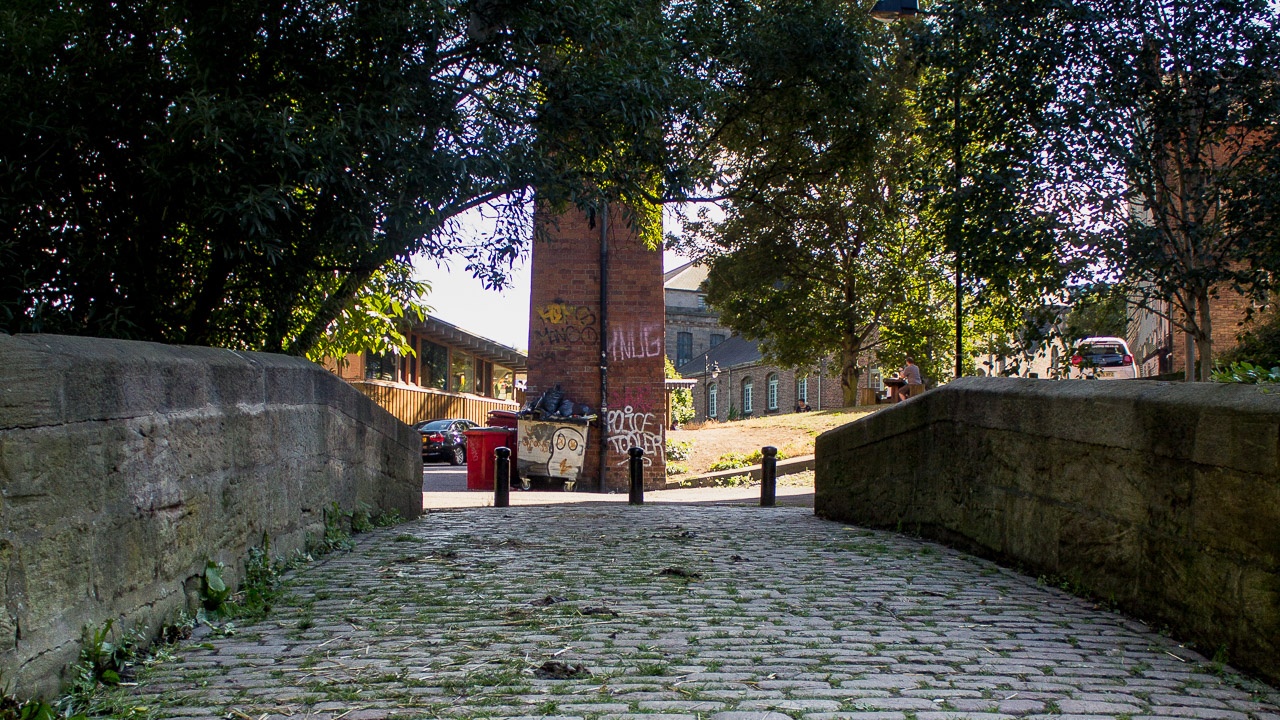 This crossing point was originally a ford. It was one of the oldest crossing points on the Ouseburn, and was probably in use from Roman times. The ford is now a slipway but at low tide you can see granite paving laid end-on to form a smooth surface through the cobbles. Originally there were two rows of paving, laid parallel to make a smooth surface wide enough for a horse-drawn cart or wagon.

The lowest part of this trackway has a rut in it, created by many years of wear from steel rimmed wheels of fully laden wagons. Barges known as wherries sailed up the river on the incoming tide. They brought heavy cargos such as coal and grain to be unloaded into waiting wagons, which were then hauled up the ford by a horse or a pony.

There was also a docking facility, just big enough for a wherry. This dock was built in the 1830’s on the east side of the ford, near where the footbridge now sits. It dated from the 1830s, was discovered in january 2004 by workers repairing the river wall. The dock wall still has a mooring ring attached to it, to allow wherries to be held in position when the water level dropped with the outgoing tide. The green stain on the wall opposite indicates how deep the water is at high tide.