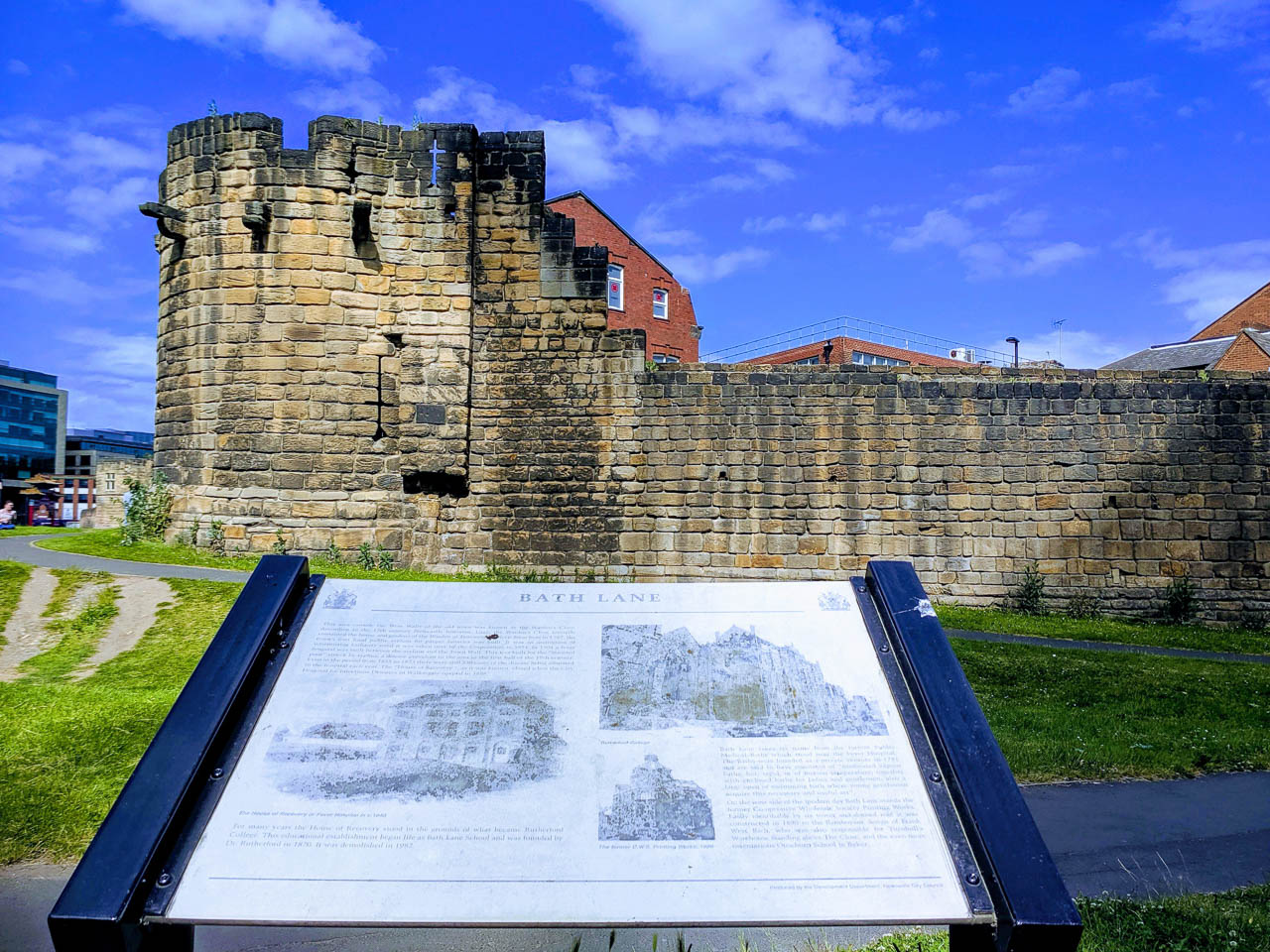 This area outside the West walls of the old town was known as the Wardens Close. According to the 17th Century Newcastle historian, Gray, the Warden’s Close formerly contained the house and gardens of the Warden of Tynemouth Priory. Near here in 1767, the town’s first local public asylum for pauper lunatics was built. It was an institution of unremitting barbarity until it was taken over by the Corporation in 1824.

In 1804 a fever hospital was built between the Asylum and the Town Wall. this was built for the ‘infected poor’ struck by typhus, a disease prevalent in the area in the first half of the 19th century. Even in the period 1855 to 1873 there were still 273 cases of the disease being admitted to hospital each year. The “House of Recovery”, as it was known, closed when the City Hospital for Infectious Diseases in Walkergate opened in 1888. For many years the House of Recovery stood in the grounds of what became Rutherford College. This educational establishment began life as Bath Lane School and was founded by Dr Rutherford in 1870. It was demolished in 1987.

Bath Lane takes its name from the former Public Medical Baths which stood near the Fever Hospital . The Baths were founded as a private venture in 1781, and are said to have consisted of “medicated vapour baths, ot, tepid or of Buxton temperature, together with enclosed baths for ladies and gentlemen, also a large open or swimming bath where young gentlemen acquire this necessary and usefull art”.

On the west side of the modern day Bath Lane stands the former Co-operative Wholesale Society Printing Works. easily identifiable by its tower and domed roof, it was constructed in 1890 to the flamboyant design of Frank West Rich, who was also responsible for Turnbull’s Warehouse standing above the Close and even more ostentatious, Ouseburn School in Byker.