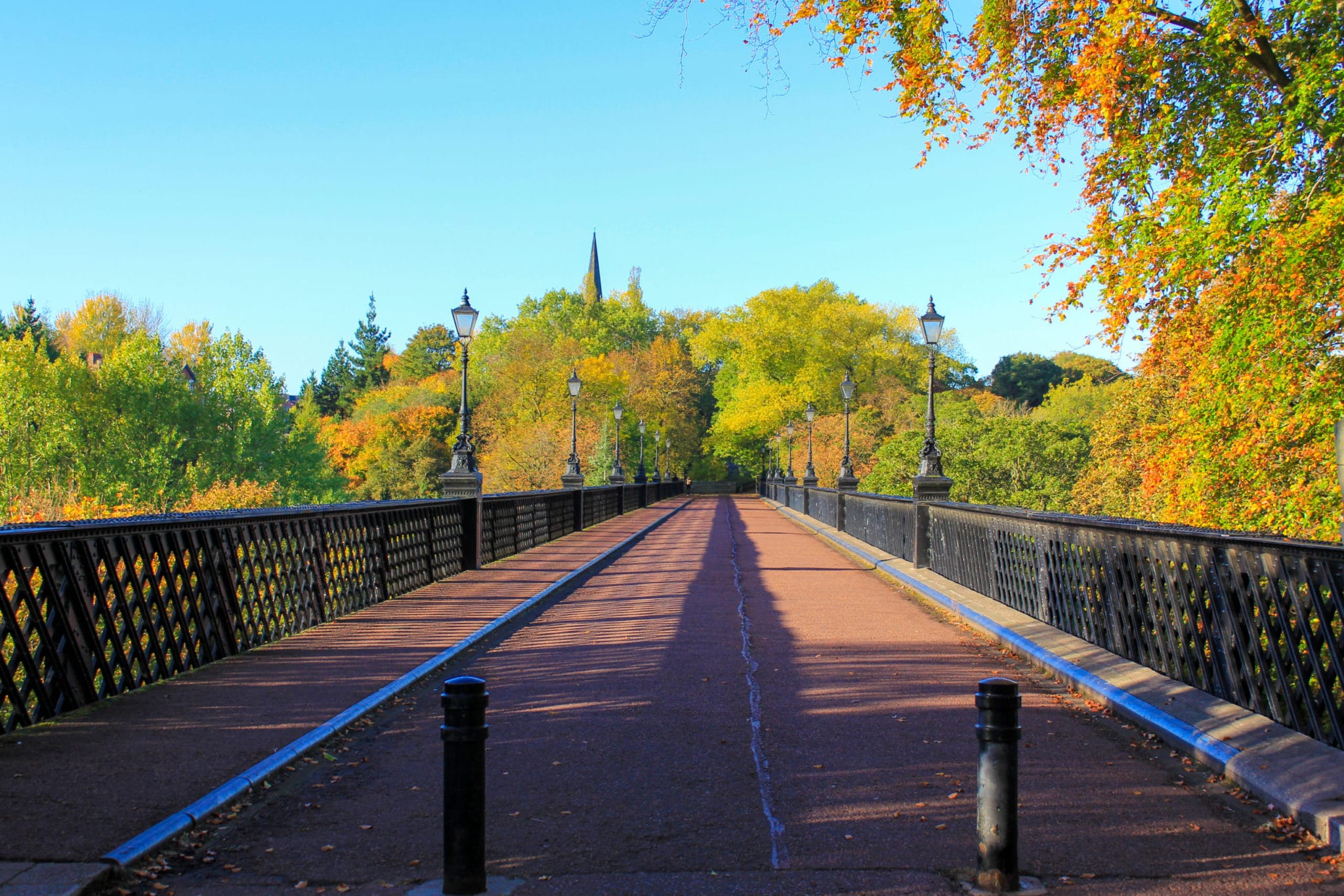 ‘Armstrong Bridge was designed by William Armstrong and built at his Elswick works on the Tyne. It has a span of 168 metres (552 feet). The bridge took two years to build and was opened in 1878 at a cost of £30,000. When it was finished Armstrong gave it to the people of Newcastle along with the park. It was used by pedestrians, horses and later cars. Legend has it that Lady Armstrong wanted the bridge built to make life easier for the horses pulling heavy loads up the side of the valley.

As the bridge stands on land mined from coal, Armstrong designed it so that would adjust itself if the ground below moved. It was the first bridge in the world able to do this. Have a look at the bridge and see how its design gives it strength and flexibility. It carried traffic up until the 1960s, but cars were banned in 1963 because the bridge could not bear the weight from the increase in traffic. It was threatened with demolition in the 1970s due to the high cost of its repair. Fortunately the bridge was saved by popular appeal and became famous for its weekend craft market’.