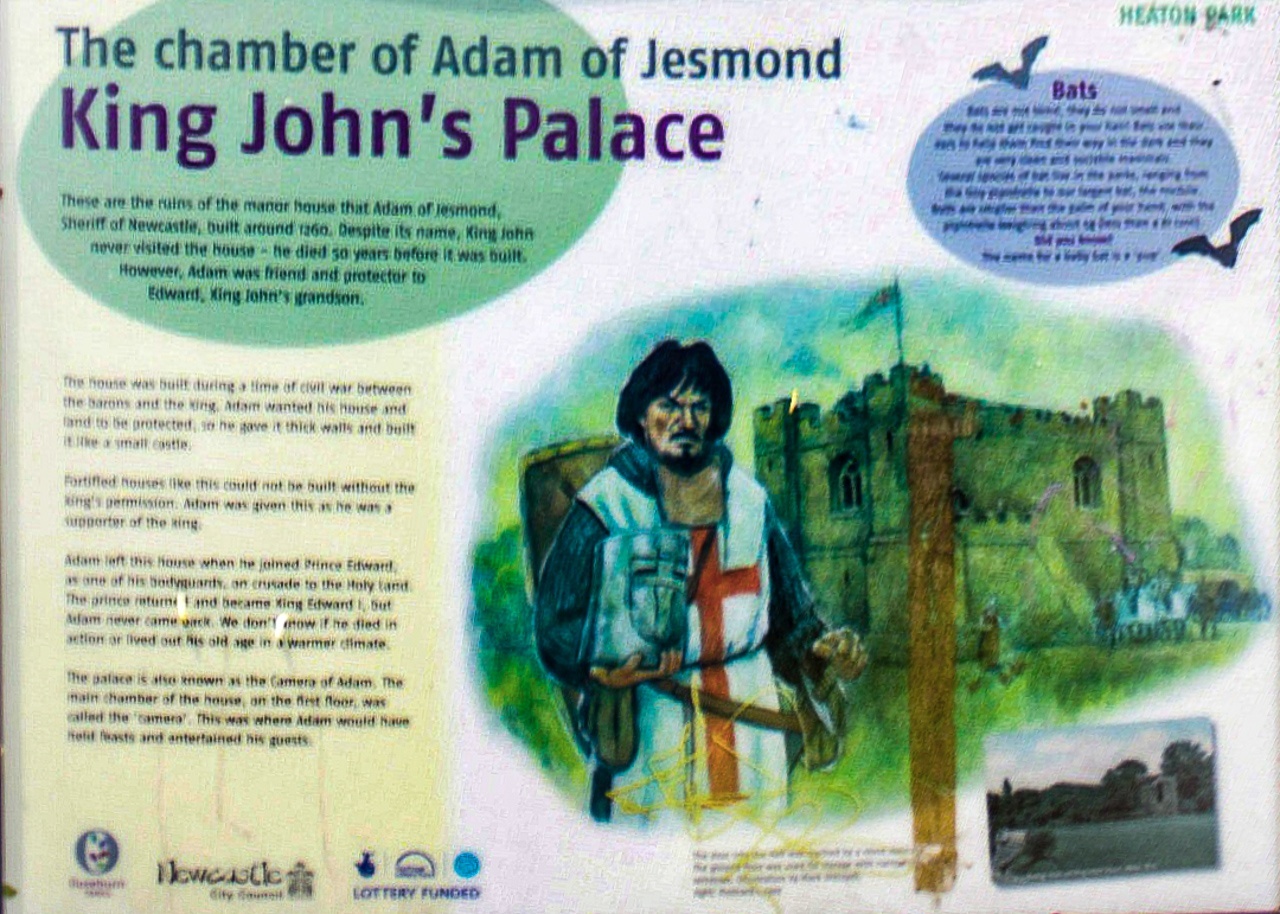 These are the ruins of the manor house that Adam of Jesmond, Sherif of Newcastle built around 1260. Despite its name King John never visited the house – he died 50 years before it was finished. Adam was friend and protector to Edward, King John’s grandson.

The House was built during a time of civil war between the Barons and the King. Adam wanted his house and land to be protected, so he gave it thick walls and built it like a small castle. Fortified houses like this could not be built without the King’s permission. Adam was given this as he was a supporter of the King.

Records exist showing Adam became unpopular for embezzlement and extortion and applied to Henry for a licence to enclose, fortify and crenellate his house. Adam left his house when he joined Prince Edward, as one of his bodyguards, on crusade to the Holy Land.

The Prince returned and became King Edward 1, but Adam never came back. The palace is also known as the Camera of Adam. The main chamber of the house, on the first floor, was called the camera. This is where Adam would have held feasts and entertained his guests.