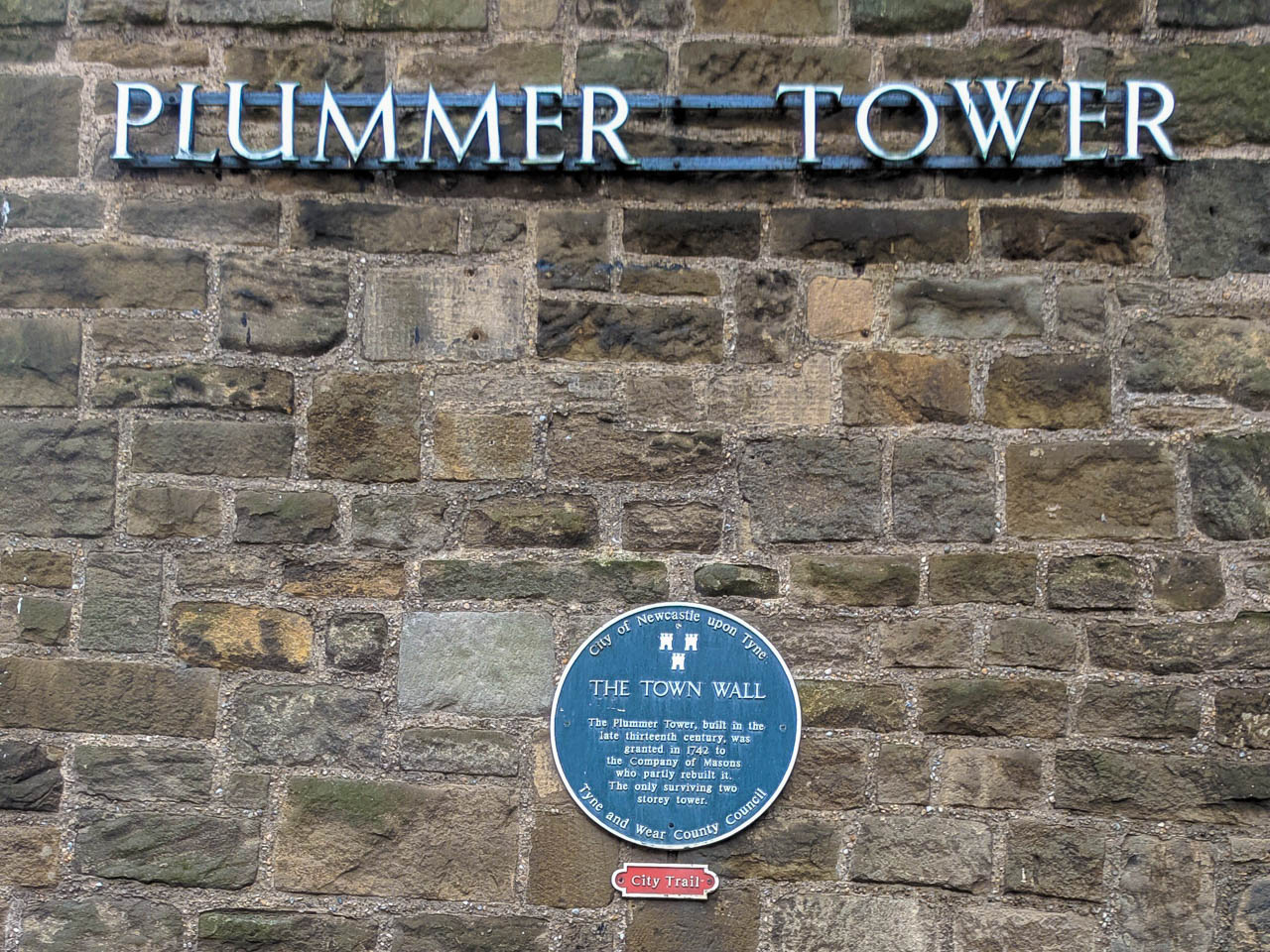 The tower once called Cutler’s Tower or Carliol Croft Tower, together with the short length of wall on its south side formed part of the eastern side of the Town Wall circuit. The town wall ditch lay to the east. To the east where the central motorway now runs, the ground sloped down into Pandon Dene.

To the west of the Tower, inside the Town Wall, was a large open field called Carliol Croft. By the 18th century this was one of the largest open spaces remaining within the Walls and was described as ‘a very agreeable walk generally frequented in a Summer’s evening by the Gentry of this part of the town’.

The Tower was built in the late 12th or early 14th century and still retains its D-shaped plan. Only the lower part of the drum tower is medieval. the tower was refortified at the time of the Civil War, when a stone built artillery position, called a bastion was added to the outside.

Part of this was uncovered by archaeological excavations in 1989. the building was heightened and roofed when the tower was converted into a meeting house, first by the Company of Cutlers in the second half of the 17th century and then by the Company of Masons around 1749 who added the elaborate western fascade. The Town Wall to the north and south of the tower, which ran to the Carlini Tower (at the Laing Art Gallery) before being demolished in 1811. the rubble was used in the construction of the Shields Turnpike Road.